Spending All of 2013 Waiting On Hold

“Nothing can be said to be certain, except death and taxes.” It’s obvious that Ben Franklin never talked on the phone, otherwise he would have included “waiting on hold” as one of life’s certainties. In recent years, people have been spending a more than desirable amount of time on hold. According to a 2013 poll, most American customers spend 13 hours waiting in queue per year; those 10-20 minutes per week sure add up!  For Julianna Goldman from Bloomberg News, however, the reality of spending hours on hold was all too real.

During a trip to Aspen, Colorado, Julianna went online to change her tickets.  Unfortunately the website was down so she called up United Airlines to try and get the issue resolved over the phone. She expected to be on hold for only a short time (as we all do), but instead had a 12 hour waiting marathon! Goldman spent almost as much time on hold in one day as the average person spends in an entire year! I mean, I like jazz as much as the next guy, but a person can only stand so many repetitions of Rhapsody in Blue! Goldman kept her Twitter followers informed as she periodically tweeted images of her phone with the elapsed time.

#musicisgettingold @MJG435: @united I've been waiting for 5 hours 41 mins to speak to a representative #unitedfail pic.twitter.com/uCBgt2e8Ql

Dear @United -- we have now been listening to your hold music for 10 hours and 44 minutes. #unitedfail pic.twitter.com/ffrnK09buN

Dear @united - finally got agent after 1 he on other phone. Right when we hit 12 hour mark. #stillgoing pic.twitter.com/0RrQPPShTH

She’s not the only one to go to social media for problems, many consumers resort to Twitter and other social media websites with there customer service issues and experiences. Social media can be a very effective way for customers to get their point across, garner public response, and even get the attention of the corporate ivory tower crowd. It’s fast, easy and has the potential to become viral. Seeing the list of #onhold tweets, you can easily see how much frustration can be caused by bad messaging on hold. Here’s a select few:

The Time Warner lady keeps telling me she values my time, but I'm not sure I believe her. #onhold pic.twitter.com/dvPMsA6wKa

It's been an hour and a half with the same looped crap songs. #onhold

That moment when you're #OnHold, the music crackles, sputters out, you're so hopeful—until it starts again. 37 mins & counting!

Is it a requirement for all hold music to be absolutely ridiculous? #onhold

The impact of social media as a powerful consumer tool will continue to evolve, fueled by consumers who are compelled to voice their opinion and offer constructive criticism. Start off 2014 right by making sure you’re giving your consumers the level of attention, care and customer service they deserve. Comment below with your most EPIC on hold story to be entered to receive a FREE Custom Message on Hold program. 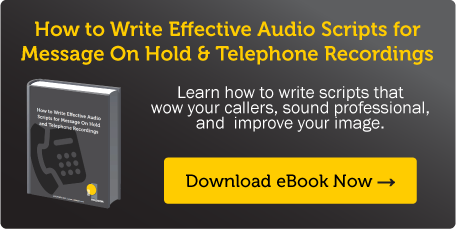